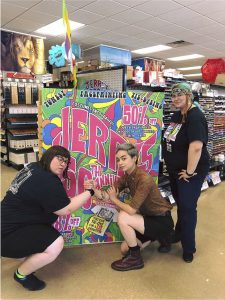 “We feel that art is for everybody, and each brush, tube of paint, or pad of paper donated will improve the emotional well-being of students in our community”